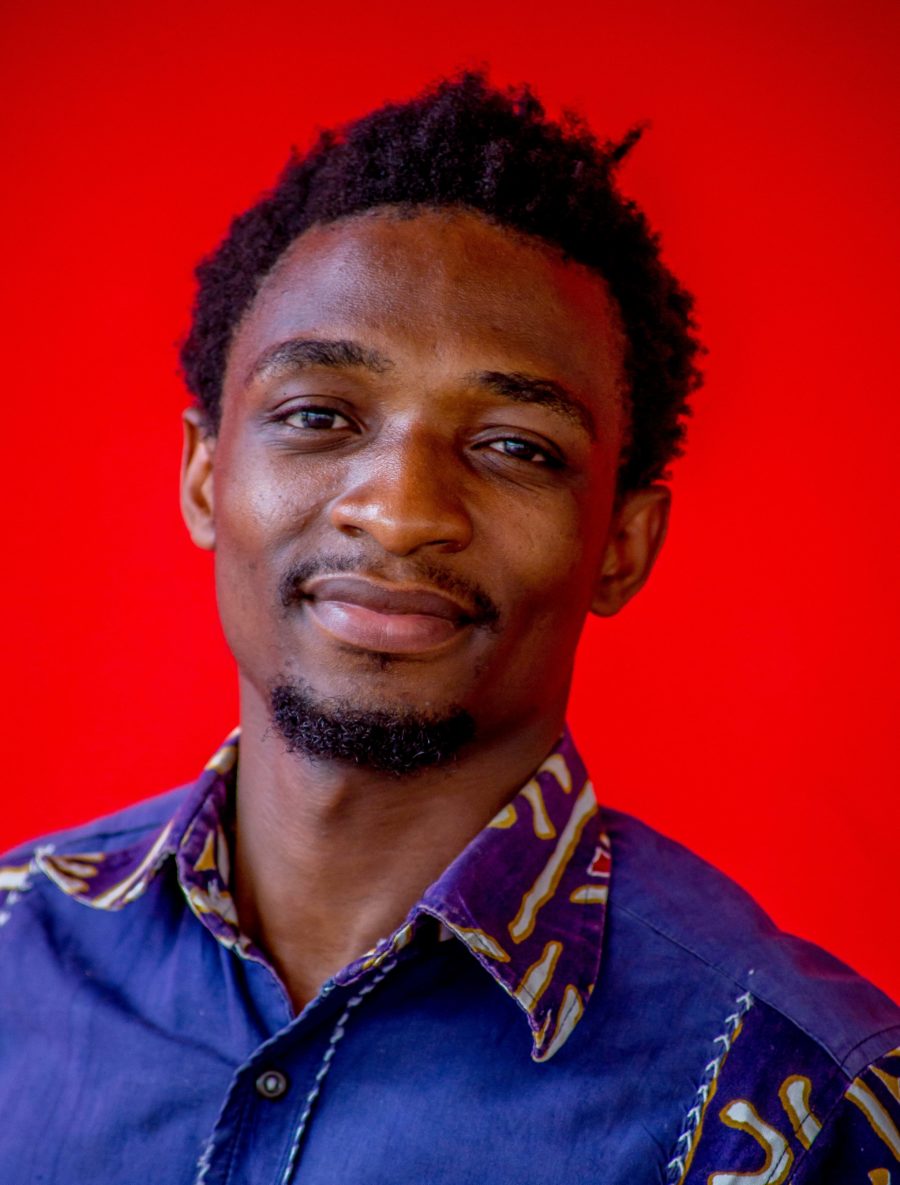 The Nuit Debout project shot in Kinshasa resonates with the protest movement “Nuit Debout” which Nelson Makengo witnessed in 2016 when he was a student in Paris. The artist was impressed by the freedom of speech of this movement that was heard “the voice of the voiceless” and on his return to Kinshasa, considered the nights of his hometown as another
space of resistance against the abandonment of the population by his government. In his film, the nocturnal resilience of the Kinois translates into a constant struggle against the darkness of the city – both by its lack of light and increasing crime – and by the constant noise, and is unveiled through various protagonists and situations. The installation of Makengo objects – a telephone booth, a charging station for batteries and generators – recreates the stands of night vendors, which provide many lighting and communication strategies. Makengo’s photomontage recreates a jigsaw puzzle of his city at night: a bright chromatic scale pierces a dangerous but exciting darkness. Like a map of a city that uncontrolled urban expansion has made incartographiable, this mosaic evokes “the precariousness and societal chaos” of the population of China who is constantly reinventing itself.

Born in 1990, Nelson Makengo lives and works in Kinshasa. He graduated from the Academy of Fine Arts in Kinshasa in 2015 and was trained at La Fémis in Paris. Makengo is a self-taught photographer and director. In his film practice, he favors the use of figurines representing characters from well-known animation films and superheroes, as well as the use of visual and sound archives, in order to sublimate and reconstruct the fragmented history of his country and his city. A saturated and contracted use of color allows him to appropriate his urban environment. Makengo was artist in residence at WIELS in Brussels in 2018.

Nelson Makengo’s participation in the biennale is supported by WIELS, EUNIC and Institut Français. 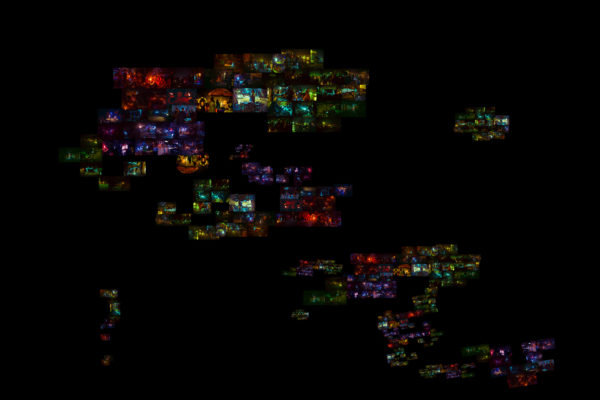