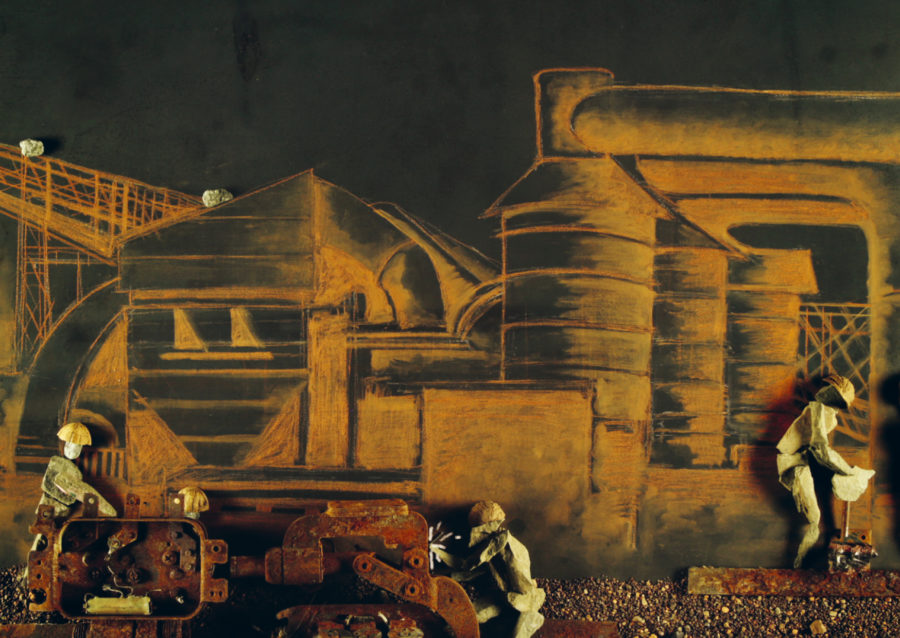 by force of circumstances
and especially the machine
we became sleepwalking beings
beings deprived of God, the damned of the earth
and guinea pigs over-the-black market of history
guinea pigs from the machine

Frank Mukunday is from Lubumbashi, DRC. He is passionate about animation and works with many Congolese animators on various projects. In 2007 he joined Tétshim, Angelo Nzeka and Trésor Makonga, with whom he still works today. Tétshim was born in Kinshasa. He has been drawing since a young age. In addition to making animated films, he is also illustrator and cartoonist of press and comics. Since 2010, Frank Mukunday and Tétshim have been producing self-taught animated films. Starting from the practice of drawing (Tétshim) and video (Frank), their duo founded the studio “Crayon de cuivre” in Lubumbashi. After two experimental tests “Cailloux” and “Ku Kinga” (to find in Africa courts 3, a collection presenting short films from all over the African continent), “Machini” is their first film made in professional production conditions.