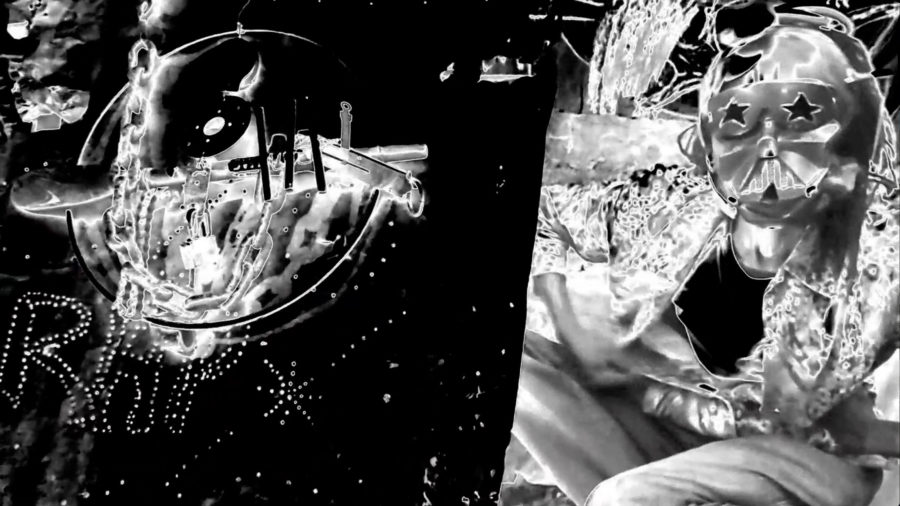 In Postcolonial Dilemna Track #04 (Remixed mix 2019), the most recent incarnation of a film series of the same name, the collective leads us through Kinshasa in an allegorical and wacky trip, both poetic and violent. Behind the camera and on edit, Eléonore Hellio, co-founder of KA. On screen, performance artist and designer Michel Ekeba, musician, performance artists and inventor of musical instruments Bebson Elemba,  artist Danniel Toya and CATPC artist Mbuku Kimpala.

The Kongo Astronauts artists’ collective says of itself that it “manifests in the interzone of digital globalization, where past, present and future collide, running headlong into the politics of intimacy and identity of urban lives. Its cosmic appearances and polysemic fictions (performances, films, photos, texts) prompt a multidimensional engagement with the condition of exile and with tactics deployed in the quest for survival”.