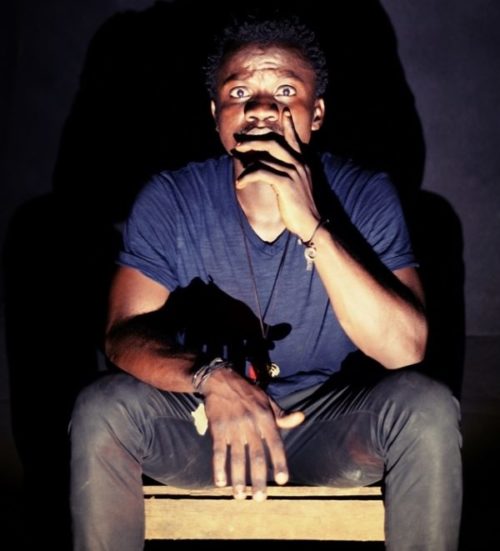 Blackout Poetry proposes a deconstruction of the triangular relationship between hunting, economics and colonization, by reinterpreting ethnographic photographs taken in Congo in the 1930s by the German art historian Hans Himmelheber. David Shongo recaptured these images with colonial hints to question the current socio-political dynamics in the DRC.

Using the process of blackout poetry, Shongo affixed by photomontage barcodes, afro-futuristic visual reality helmet, weapons of war, electrical circuits, etc. on Himmelheber’s photographs in order to censor the colonial look while keeping the hidden charge of these images. This photomontage is completed by an installation showing the silhouette of the German ethnographer made with a selection of his writings. The narrative device is accompanied by a video projection of old hunting songs from southeastern Katanga recorded by Father Léon Verbeek during the colonial era. Shongo establishes with this musical corpus a parallel with the incessant ballet of trucks around overexploited mines of the province, who come to get their “prey” and leave with their booty that constitute the ores.

Trained as a computer scientist, David Shongo is a pianist-songwriter, visual and sound artist from Lubumbashi, born in 1994. Often adapted by musical performances and installations, his practice mixes music, sound, photography and video. David Shongo uses archives, sounds, and images from his environment to create interactive sound and visual architectures. His musical language is based on the ethnomusicology of Congo with a jazz and experimental approach. He conducts research on the harmonic unification of Congo’s ethnic music from the linguistic pulsations and the “Rhythmic Wheel” theory of Congolese pianist Ray Lema. His visual work revolves around the psychological analysis of his country’s colonial heritage, the socio-economic changes linked to technological evolution, and the exploitation of the Congo’s underground resources (coltan).

David Shongo delivered a concert at the 5th Biennale de Lubumbashi in 2017, exhibited at the University of Pennsylvania in the Transcend project curated by Cherie Rivers Ndaliko and Petna Ndaliko, at La Colonie in Paris in the framework of the project ON-TRADE-OFF : The Unbearable Lightness under the direction of Sammy Baloji, Maarten Vanden Eynde and Rosa Spaliviero, at the Congo International Film Festival in Goma. He is the initiator and artistic director of the ongoing Mélodie Congolaise project, which received support from the Wallonia-Brussels Federation in 2018.

David Shongo’s participation in the biennale is supported by the Rietberg Museum. 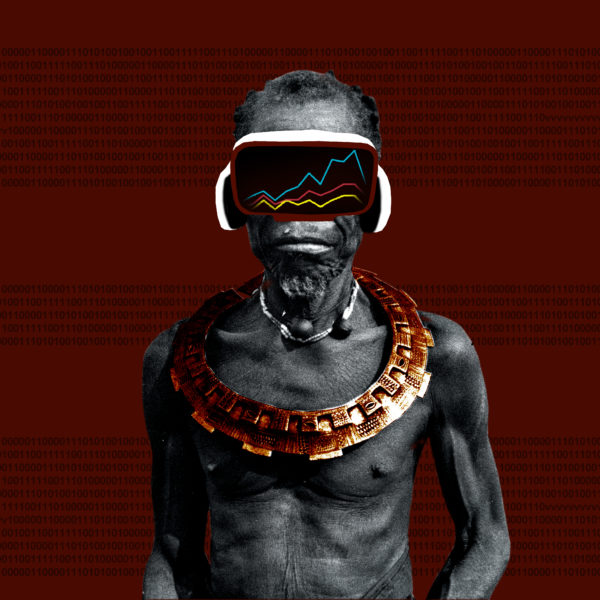 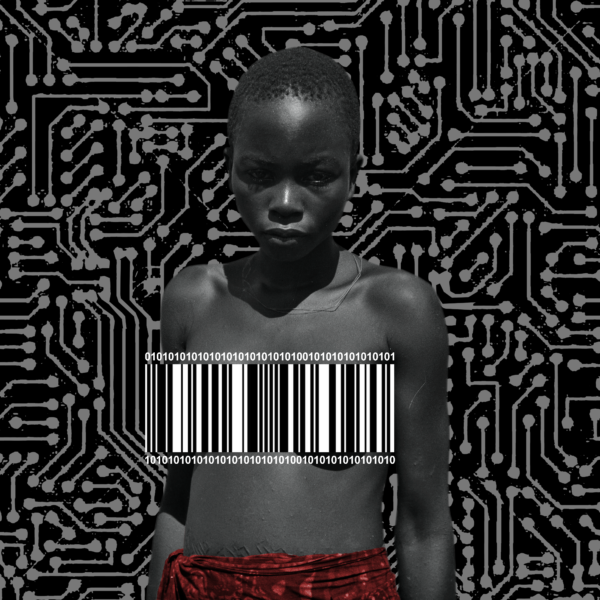