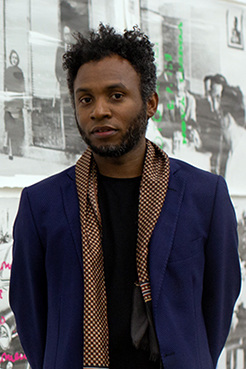 From different components of memories and archives belonging to the Forrest and Jean Raymond Muyumba Maila group discovered during his residency in Lubumbashi in 2019, Délio Jasse created new three-dimensional images. The stamps, words, numbers and images superimposed on the original archives, refer to the stamps and codes contained in the personal documents that each individual possesses, and which are often the first parameter that defines it. I have the duty of memory is somehow conceived as a personal document unveiling the different layers that make up a given existence or place, and that feeds the complex process of creating our identities and memories. Délio Jasse considers the archives as both an encyclopaedia of images to be exploited but also as sketches of a new story to propose to the corpus of original images that he uses.

The artist says he is fascinated by buildings, the repositories of a historical memory, and more particularly by the relationships they create with the space around them. The colors used in his work are not only the aesthetic choice but must function as a form of “emergency exit” for spectators, forced to look elsewhere and thus change the way they view photography. It is for this purpose that Jasse introduces new elements that were not present in the original image or by modifying the presentation of works by placing them on the ground for example.

Born in 1980 in Luanda, Délio Jasse currently lives and work in Milan. In his photographic work, Délio Jasse often interweaves found images with clues from past lives (found passport photos, family albums) to draw links between photography – in particular the concept of the ‘latent image’ – and memory. Jasse is also known for experimenting with analogue photographic printing processes, including cyanotype, platinum and early printing processes such as ‘Van Dyke Brown’, as well as developing his own printing techniques.

The analogic processes that Jasse uses confer to his works a monotypic character, subverting the reproducibility of the photographic medium, through the direct intervention on unconventional supports, and also the application of emulsion with gestural strokes or with chromatic notes.

Recent exhibitions include the group show African Metropolis at the MAXXI in Rome (2018), Recent Histories: New Photography from Africa at the Walther Collection Project Space in New York, the official selection of the 12th Dakar Biennale (2016), the 56th Venice Biennale (Angolan Pavilion, 2015), Milan Expo (Angolan Pavilion, 2015), the Calouste Gulbenkian Foundation, Portugal (2013) and the 9th Bamako Photography Encounters (2011). He was one of three finalists in the BES Photo Prize in 2014 and won the Iwalewa Art Award in 2015.

Délio Jasse’s participation in the biennale is supported by For Arts Sake and the Casa degli Italiani of Lubumbashi. 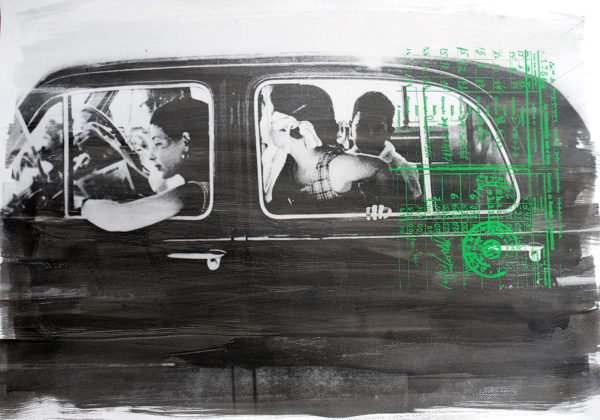 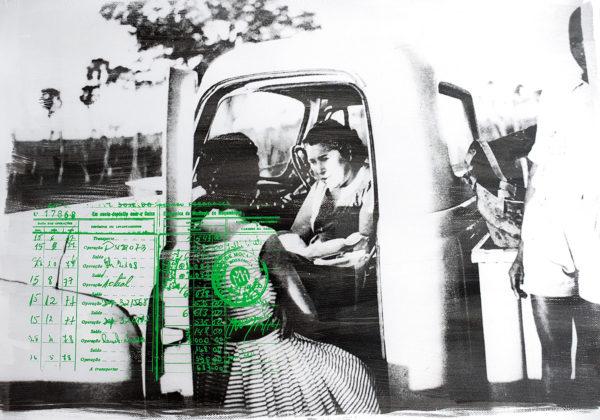