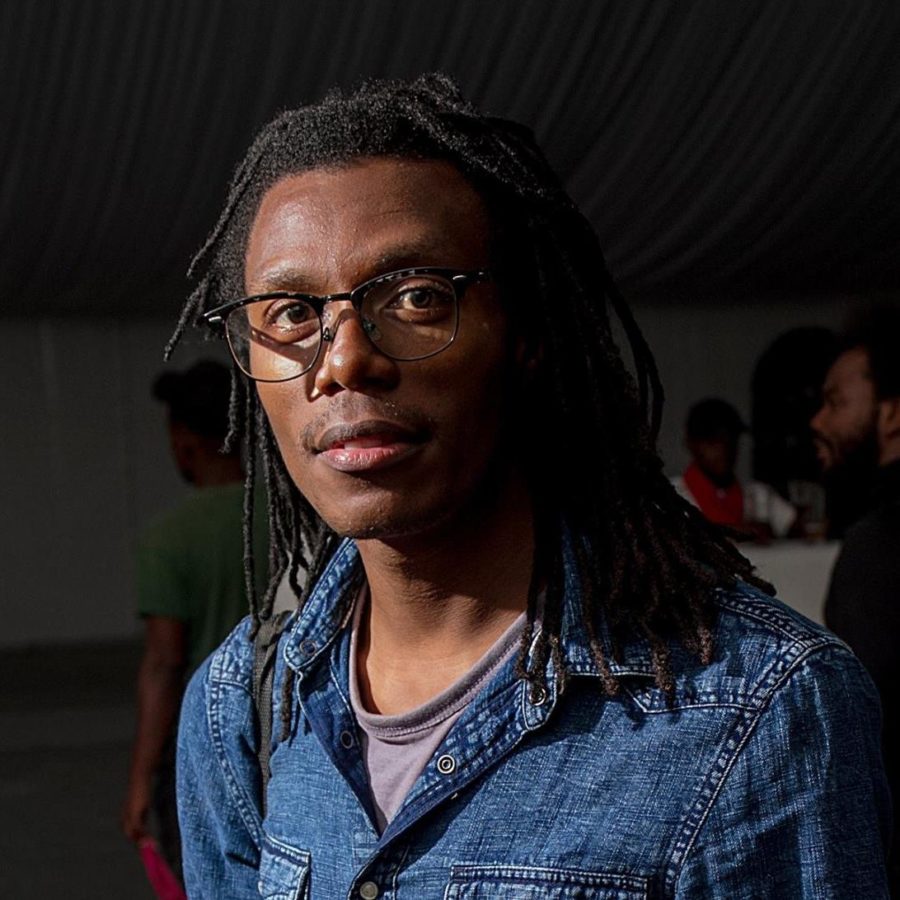 The multidisciplinary performance of Dorine Mokha, which declines dance, sound and music, takes place around 2050, in an imaginary future where the Third World War takes place. A virus spread throughout Africa plunges its people into oblivion of their past, indifference to their poverty, the abusive policies of their leaders and the systematic plundering of their resources by big multinationals. Worse still, a new colonization is waiting for the continent.

In this context of amnesia and general apathy, the resistance is organized in several African cities including Lubumbashi, where Watanshi, a young artist driven out of the city for having partially recovered memory, experiments with four of his followers an anti-virus, a cocktail of images, words, dance and sounds.

Every night under trees lit by oil lamps and near a carcass of a Tesla electric bus, Watanshi secretly invites locals to narrate everything he remembers about the origin of the city, colonization, copper eaters, Gecamines, Lumumba, the first Congolese Hercules, World War III, mines and much more. Will he succeed in reviving their memories?

Born in 1989 in Lubumbash, Dorine Mokha is a Congolese dancer, choreographer and author, artistic co-director of ART’gument Project in Lubumbashi and associated artist with Studios Kabako in Kisangani, where he attended dance workshops and master classes with renowned choreographers such as Faustin Linyekula, Boyzie Cekwana, Andreya Ouamba, Panaibra Canda or Desiré Davids. Open to multidisciplinarity, he has participated in numerous workshops in theatrical improvisation, film initiation, theatre writing, project writing and more recently in visual criticism and artistic production.

On the international scene since 2013, he participated in international programs such as the Pan-African PAMOJA Residencies (2013-2015), the TURN Fund Meeting (2014), the Berlin Platform – Goethe Institute Coproduction Fund (2018) and seminars at prestigious festivals such as the Avignon Festival, the Ruhrtriennale, the Theater der Welt or the Theaterformen. Scholar 2014-2015 of the Akademie Schloss Solitude, Laureate 2016 of the Triennial Dance Dance of Africa Dance of the French Institute, Jury 2017 of the Zurcher Kontal Bank Prize or Laureate 2019 of the Pro Helvetia Research Residence. Dorine Mokha is now counted by young emerging choreographers from Africa and made 3 personal creations: Reclus (2011), Entre deux I (2013) and Entre deux II: Lettre à Guz (2015), multiple international collaborations and some texts written for the performing arts, the critic praises her work for its expressiveness, its purpose and her socio-political commitment.

In 2019, Dorine Mokha will work on two major projects between theatre, dance, music and visual arts: Fleuve dans le Ventre (March 2019) by Fiston Mwamba, directed by Carina Riedl (Austria) whose choreography and performance he has signed, and Hercule de Lubumbashi (September 2019), a co-creation with the Swiss author and composer Elia Rediger. In 2020, he will present his solo Testament (January 2020), the greatest expression and widest diffusion of his fight for sexual freedoms and against homophobia in his country, expected in preview in Lubumbashi (Festival Temps du Théâtre, November 2019) and in world premiere in Switzerland (Kaserne Basel, January 2020).