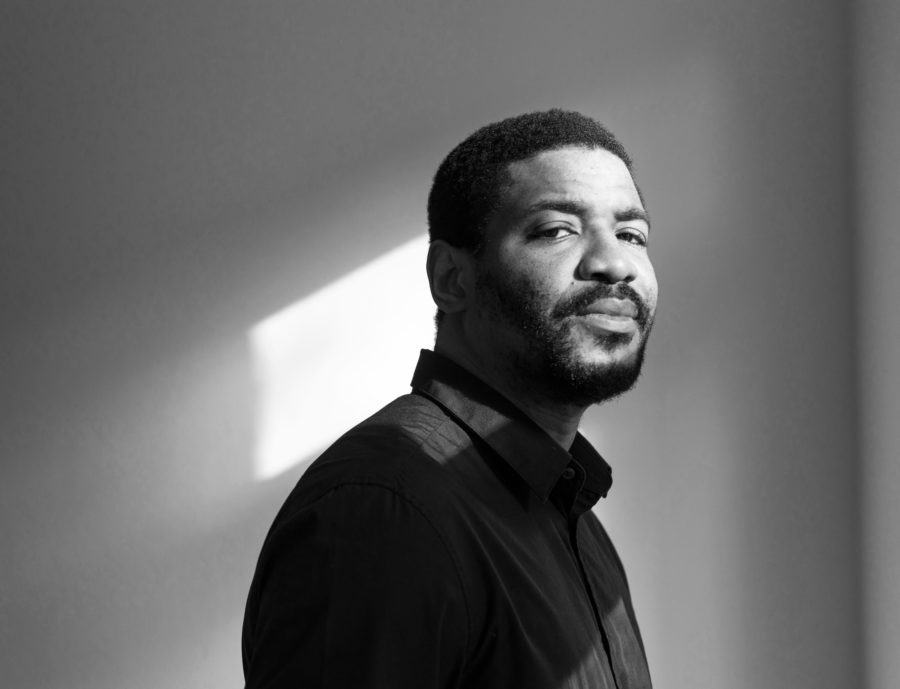 Sound and video are at the heart of Emeka Ogboh’s practice, which uses these mediums as elements of analysis and understanding of cities as globalized, cosmopolitan and migratory spaces. Often operating in sub-Saharan Africa, Ogboh creates sound collages, probing the urban space to track down and unveil the sound infrastructure of cities, an indication of a present reality as much as a story and its buried memory.

ÀLÀ brings together images and sounds from Lagos in an installation that aims to explore Lagos’s relentless ability to capture the imaginations of people near and far who go there every day trying to make a living and find their Eldorado. In a cocktail of manipulated images and complex sound mixes, Emeka Ogboh portrays the megacity as a space mobilizing powerful hopes and desires exposing the dream (ÀLÀ) that perpetuates its movement but which for the greatest number is an illusion ephemeral.

Emeka Ogboh (born in 1977 in Enugu, Nigeria, lives and works in Berlin) connects to places with his senses of hearing and taste. Through his audio installations and gastronomic works, Ogboh explores how private, public, collective memories and histories are translated, tans-formed and encoded into sound and food. These works contemplate how sound and food capture existential relationships, frame our understanding of the world and provide a context in which to ask critical questions on immigration, globalization, and post-colonialism. Ogboh has participated in numerous international exhibitions including the 56th edition of La Biennale di Venzeia, Italiy (2015); documenta 14 (2017), Athens and Kassel, and Skulptur Projekte Münster (2017). Ogboh is also co-founder of the Video Art Network Lagos, and in 2016 Ogboh was awarded Prize of the Bottcherstra ße in Bremen. In 2018, he is one of the finalists for the Hugo Boss Prize.

Emeka Oghbo’s participation in the biennale is supported by Gallery Imane Farès.