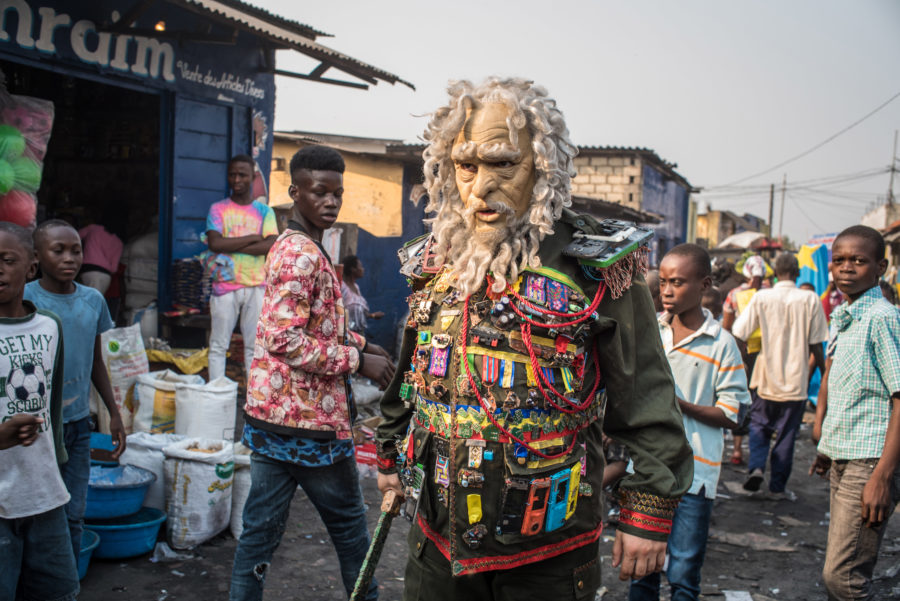 Core Dump is a series of 4 films, Kinshasa (2018), Shenzhen (2019), New York (2019) and Dakar (2018). The project explores the relationship between digital technology, cybernetics, colonialism and the reenchanted notion of a Non-Aligned Humanist Utopia. The four films of Core Dump are rhizomatic assemblages of found footage, performance documentation and recorded interviews that form narrative portraits of the uncertainty in the nervous system of the digital earth. The films are fragmented arrangements of images and sounds, with each chapter forming links across geographic and temporal discontinuities. The conceptual framework draws from audiovisual archives, and responds to the pan-African, Marxist utopias of early African cinema (specifically Ousmane Sembene’s films), and a range of writers and thinkers – from Donna Haraway, Sylvia Wynter and Louis Chude-Sokei to Gayatri Spivak, Franz Fanon, and Aimé Césaire.

François Knoetze (°1989) is a Cape Town based performance artist, sculptor and filmmaker known for his sculptural suits and experimental video art. He completed an MFA at Michaelis School of Fine Art (UCT, Cape Town) in 2015. That year, Knoetze was featured as one of The Guardian Newspaper’s ‘Top 200 Young South Africans’. His work has been featured in solo exhibitions at the National Arts Festival in Grahamstown (2015, 2017) and in group exhibitions at the Lagos Photo Festival (2015); Kunsthal KAde, Amersfoort (2018); and Somerset House, London (2017); Cosmopolis 1.5: Enlarged Intelligence, Shenzhen (2018) hosted by the Pompidou Centre; Digital Imaginaries – Africas in Production at ZKM, Germany. He is a recipient of the Hivos Digital Earth Fellowship.