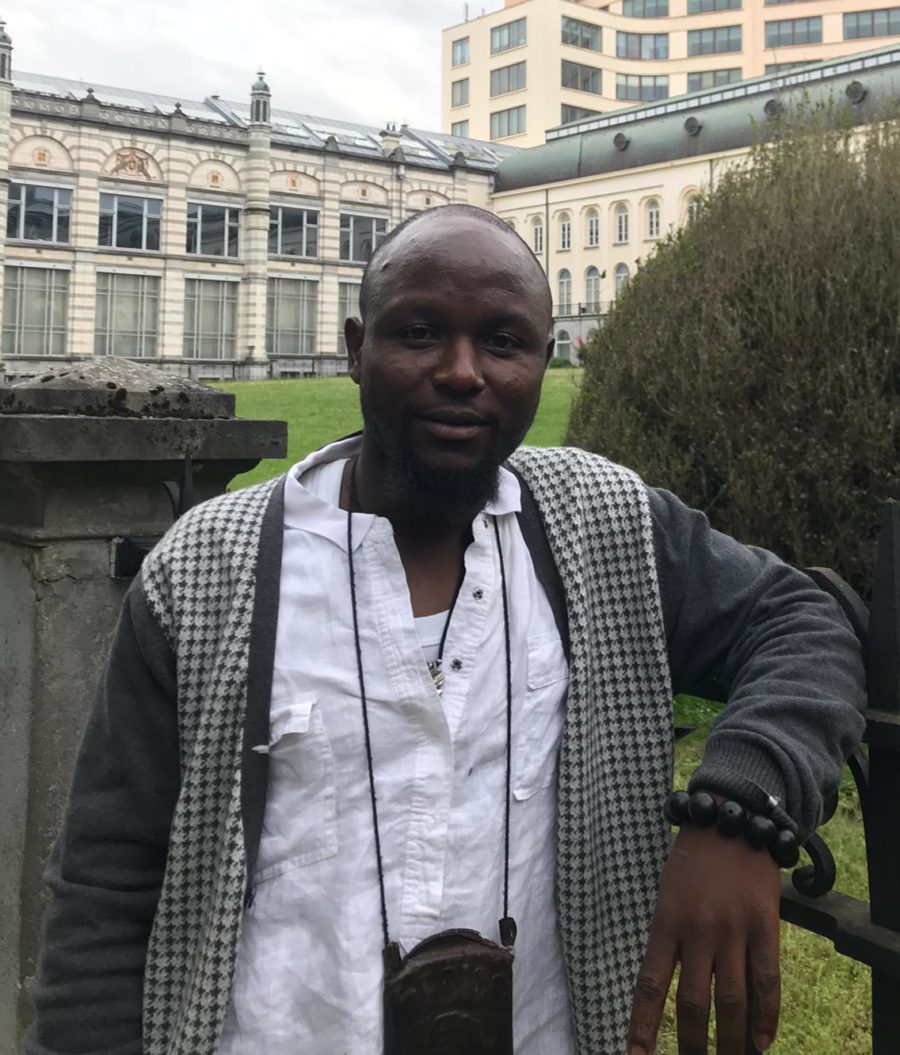 The bone or stick of Ishango was discovered in 1950 by a Belgian geologist on the shores of Lake Edward in the Democratic Republic of Congo and could date back to 20 000 years. If there is a more or less established consensus that the object would be the oldest attestation of the practice of arithmetic in the history of humanity, the theories as to its actual purpose differ. Starting from the study of this artefact as an object of pride from which the Congolese have been dispossessed, Ghislain Ditshekedi Mabiala proposes its own interpretation by inverting the arrow of time to go back to its source and question its genealogy. Ishango Kwetu suggests a form of repatriation of a mathematical logic in Africa and revisits the famous stick in a Congolese context, as much on the architectural, decorative, philosophical, pedagogic as metaphysical, through a map where time, space and reality participate of the same equation.

Born in Lubumbashi in 1982, Ghislain Ditshekedi graduated at the Academy of Fine Arts of Lubumbashi in 2008. Just after his studies, he decided to embark on the long march towards new knowledge on different techniques and different materials in the workshops of the alumni of the Academy. He has also followed other courses, among others photography at CEPROPHO with the support of Africalia in 2003, and the workshop on the technique of bronze led by the artist Disundi at the Academy of Fine Arts in Lubumbashi in the same year.

A lover of all kinds of DIY and inspired by his own life while questioning his entourage on the balance between art and society, the past and the future of the African continent, Ghislain Ditshekedi wonders how to find the balance of this continent in full movement of nutation. Always in search of perfection, he attended training courses organized for artists by the Asbl Dialogues, and led by a.o. Aimé Mpane, Thérèse de Boever, Disundi and Dikisongele.

Ghislain Ditshekedi participated in numerous collective exhibitions in Lubumbashi, Kinshasa and abroad, including “ChinAfrika” at the Museum of Contemporary Art in Leipzig, “M’zizi” at the Waza art center in Lubumbashi, “Mama wa kwetu” and “L’oeil du cinquantenaire” at the Contemporary Art Gallery of the National Museum of Lubumbashi. He also had several solo exhibitions, including “Initiation” at the Asbl Dialogues in Lubumbashi and “Beyond Our Appearances” at the French Alliance in Lusaka, Zambia.

In 2013 and 2015, Ghislain Ditshekedi worked with the team of the Biennale de Lubumbashi on the production of several artists’ projects. Since 2015, he has been working on monumental installations on the theme of road safety in the city of Lubumbashi, sponsored by industrial enterprises in Lubumbashi and regions such as Muzuri Sana and Hakuna Matata.

Ghislain Ditshekedi’s participation in the biennale is supported by the AfricaMuseum.