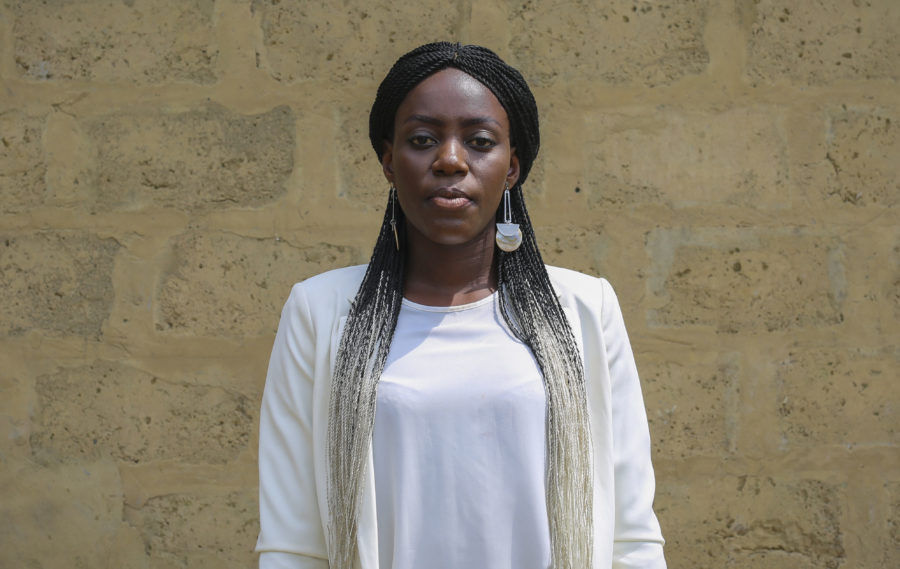 The “imaginary journey” is a concept that Gosette Lubondo has been developing since 2016 to invest abandoned spaces and delivered to nature to create stagings and reconstructions. These photographs preserve on one hand the memory of these places in ruins but also propose a new lighting of their history, and question their meaning in the current societal context. In the series Imaginary Trip II, Gosette Lubondo chose to confront the old school of the village of Gombe Matadi, in Kongo Central province, which was founded in 1936 by Brother Adrien, a member of the Congregation of the Brothers of the Christian Schools. In the 1970s, during the period of Zairianization, the school was ceded to the new government of President Joseph-Désiré Mobutu and ceased to be frequented. In this space with a ghostly atmosphere, Gosette Lubondo is staged alongside fictitious models inspired by the past (schoolchildren, teachers or even staff of the establishment) and questions the history of this place which she wishes to preserve the memory.

Gosette Lubondo is a Congolese photographer and visual artist living in Kinshasa. Graduated in graphic design at the Academy of Fine Arts in Kinshasa, she has been inspired from a young age by the work of her father, a professional photographer. She quickly became interested and participated in several workshops of Kinshasa collectives. In 2013, she worked with the photographer Bruno Budjelal during a workshop organized by the collective Eza Possible in Kinshasa.

Gosette Lubondo’s work deals with the theme of memory and the history of spaces but also of people. She uses photography to create an intersection between the present and the past and also constitutes an archive of the future, both through staging and self-portraiture.

Gosette Lubondo’s participation in the biennale is supported by EUNIC and Quai Branly Museum. 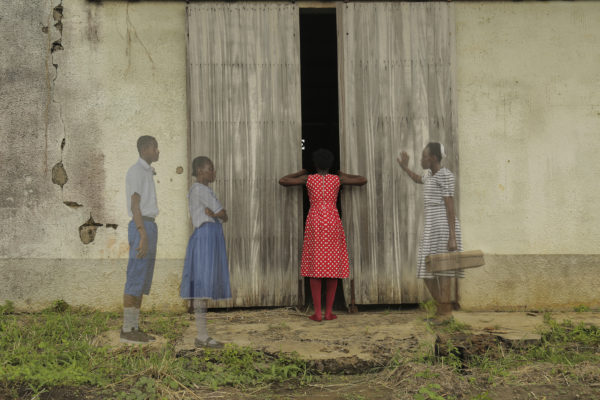 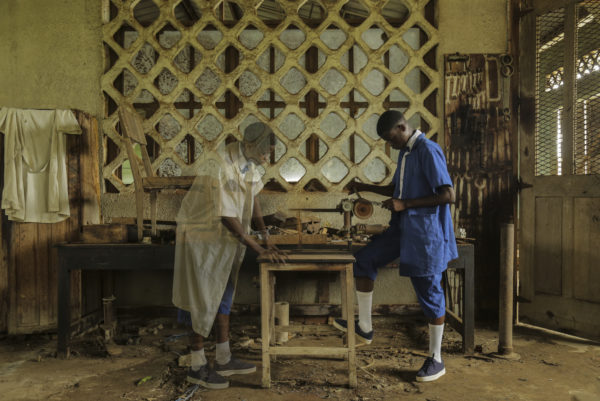 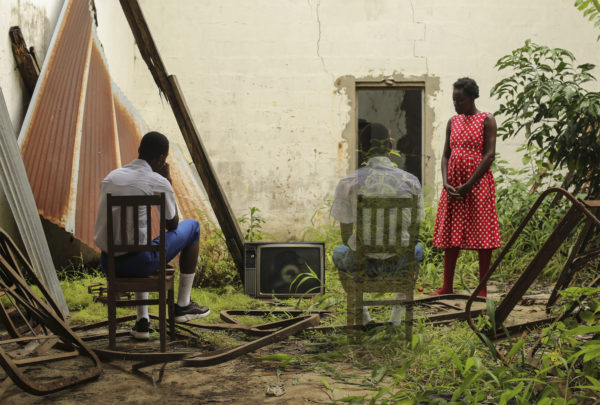