The Mermaids, or Aiden in Wonderland 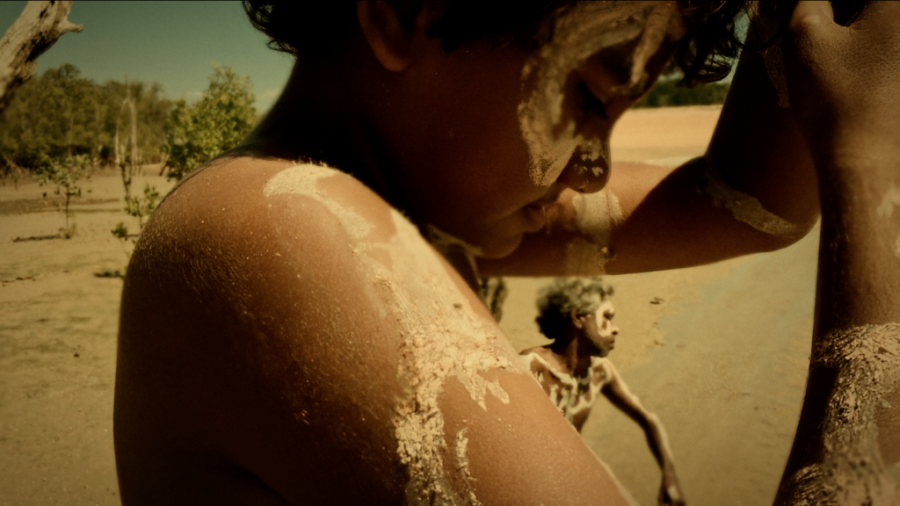 The Mermaids, or Aiden in Wonderland by Karrabing Film Collective (Australia, 2018, 27 min.)

In the not so distant future, Europeans will no longer be able to survive for long periods outdoors in a land and seascape poisoned by capitalism, but Indigenous people seem able to. A young Indigenous man, Aiden, taken away when he was just a baby to be a part of a medical experiment to “save the white ‘race’”, is released into the world of his family. As he travels with his father and brother across the landscape he confronts two possible futures and pasts. The Mermaids, or Aiden in Wonderland is a powerful intervention in contemporary debates about the future present of climate change, extractive capitalism, and industrial toxicity from the point of view of Indigenous worlds.

The Karrabing Film Collective (est. 2008) is an award-winning group of some thirty filmmakers and artists who use their aesthetic practices as a means of self-organization and social analysis. Most Karrabing are Indigenous and live in a rural community in northwestern Australia. In the Emiyengal Indigenous language Karrabing means ‘tide out’. It refers to a time of coming together, as well as to the coastline that connects the Karrabing Film Collective as an extended family group across social lines. Their films and installations have been shown in biennials, film festivals, and exhibitions worldwide.