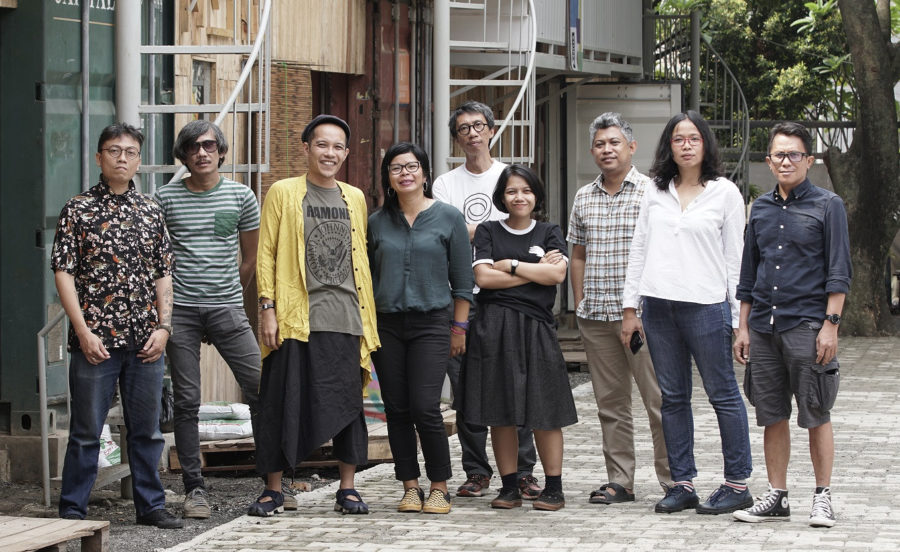 There is a unique way to watch a film in Indonesian that also shapes the memory of the cinematic experience in the country; the “â€œlayar tancapâ€” or projection outdoors. It usually takes place in an open place where several films are screened free of charge in one night on the big screen. This tradition is also an event where people meet at “â€œlayar tancapâ€” (night fair) for social interactions and economic transactions. However, this habit has disappeared with the rise of the indoor movie theaters and the monopoly of film distribution in Indonesia. The spirit of “â€œlayar tancapâ€” inspires Ruangrupa’s independent media distribution project and aims to create a social gathering, to strengthen the network between organizations in Indonesia sharing similar visions to collaborate and exchange ideas. speech. The Gerobak Bioskop cinema cart is designed as a mobile and easy-to-use film and video projection station. The Gerobaks and all their equipment donated to the communities will be monitored to ensure that they continue to present them in the public space and to conduct regular projection programs and / or other events related to media education.

Ruangrupa is a Jakarta-based collective established in 2000. It is a non-profit organization that strives to support the idea of art within urban and cultural context by involving artists and other disciplines such as social sciences, politics, technology, media, etc, to give critical observation and views towards Indonesian urban contemporary issues. ruangrupa also produce collaborative works in the form of art projects such as exhibition, festival, art lab, workshop, research, as well as book, magazine and online-journal publication.

As an artists’ collective, ruangrupa has been involved in many collaborative and exchange projects, including participating in big exhibitions such as Gwangju Biennale (2002 & 2018), Istanbul Biennial (2005), Asia Pacific Triennial of Contemporary Art (Brisbane, 2012), Singapore Biennale (2011), São Paulo Biennial (2014), Aichi Triennale (Nagoya, 2016) and Cosmopolis at Centre Pompidou (Paris, 2017). In 2016, ruangrupa curated TRANSaction: Sonsbeek 2016 in Arnhem, NL. ruangrupa was appointed Artistic Director of documenta 15 which will take place in 2022.