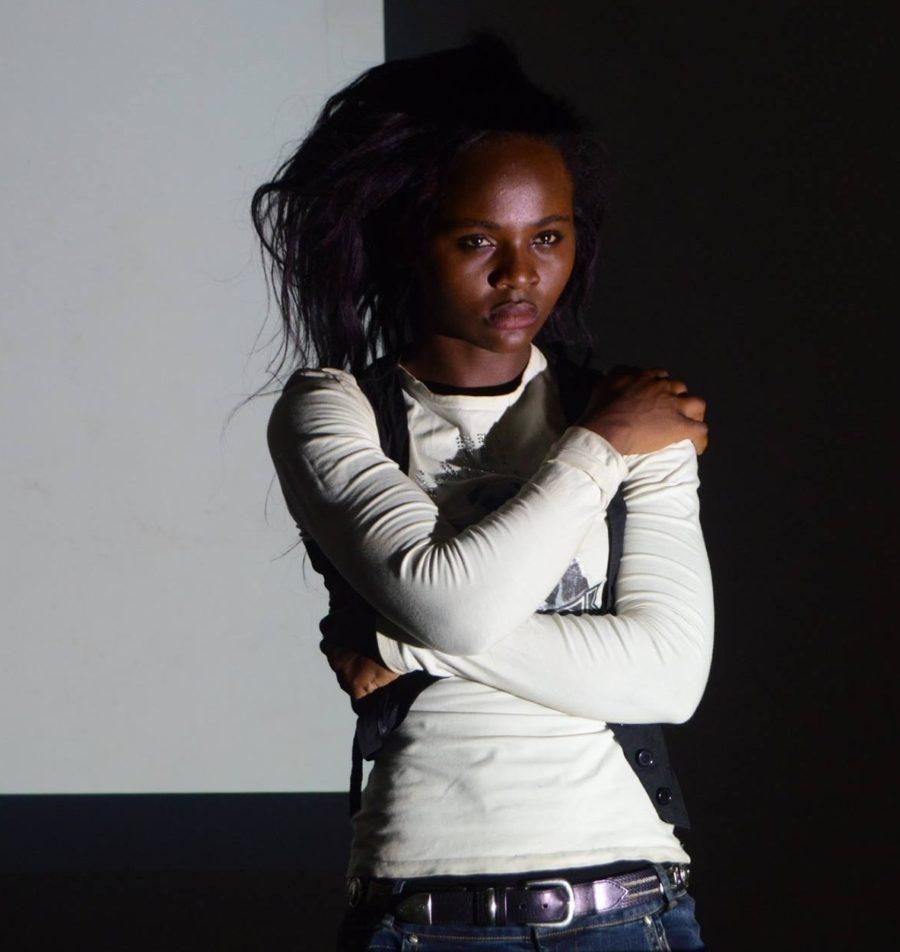 La femme sur le marché pirate à Lubumbashi (The woman on the pirate market in Lubumbashi) is a performance created by Sarah Mukadi Kadima in response to abuses of power by law enforcement officials in Lubumbashi, which provoked her indignation. In a precarious economic climate where many men are unemployed, widows and unemployed women are turning up shopkeepers to provide for their families. As the number of sales places in the markets are insufficient, they have no choice but to settle outside the spaces provided for this purpose, thus violating the law. Under the guise of policing, police usually demand half of the value of their goods from them, otherwise they confiscate the goods or destroy them on the spot. Women do not always let themselves go and are then subjected to police violence. Sarah Mukadi Kadima has surprised this type of scene several times. Through a performance that mixes dance, music and lyrics, the artist wanted to denounce this mechanism of corruption that prevents poor women from using the informal economy, at the risk of seeing their children they can not more schooling, sinking into delinquency.

Sarah Mukadi Kadima is born in Kolwezi in 1994. She was attracted by the hip-hop movements of her elders and dance has become a way for her to face life. She joined the Harlem2arts company and made her first appearances in 2010 on the stage of Betamax and the French Institute of Lubumbashi. She played important roles in pieces such as: Kidumu choreographic, Bad soldier…. She created her professional troup Munia in 2014, performs in various events and has had the opportunity to participate in various workshops of hip-hop, contemporary and traditional dance. Her first performance “Crossing the barriers 1” was produced by the fifth Picha’s Biennale in Lubumbashi and  also performed at the Bya Ma Ngoma festival in Lubumbashi in 2018. She works on her second creation “Crossing the barriers 2, gate 1” for which she received a scholarship from Yolé Africa and the University of Nottingham Awards in order to present her work in progress in Goma. In April 2019, she presented for the third time her performance “Crossing the barriers 1” at the CIF festival. She currently works on the second part of “Crossing the barriers 2, gate 1” at the MEYABE international festival in Kinshasa.