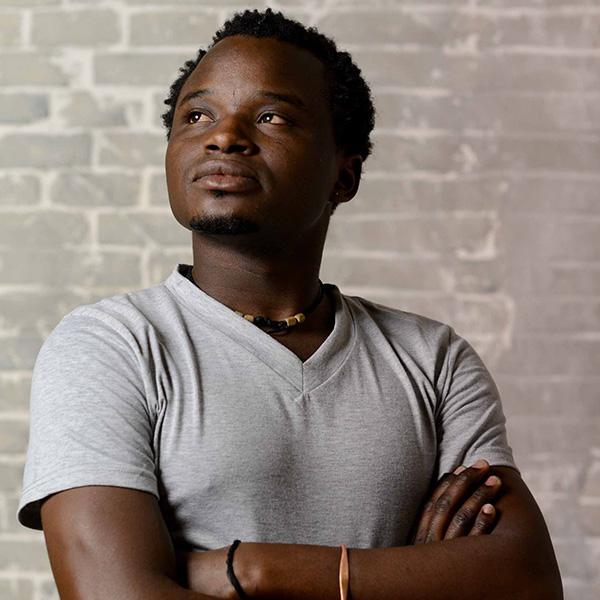 Through the districts of Camp Assistants and Brondo illustrating the dichotomy between the “evolved” and the rest of the population of Lubumbashi, In City or In Situ questions political systems and social classes that for a long time, have subjugated the Congolese and broken the solidarity that could exist between them. Camp Assistants, the district of the intellectual and “evolved” elite of Lubumbashi, was located not far from the area where the whites lived. It is in this neighborhood that is now downgraded and heavily impoverished, that Trésor Malaya has recovered old sheets of roofing houses and offered new ones in return for their inhabitants. At the same time, those in the Brondo neighborhood who, for their part, never enjoyed the privileges of residents of Camp Assistants, manage to set up lucrative activities and have access to water and electricity. In City or In Situ raises the question of the absurdity and weakness of all who claim to be superior to others, since in the end the resilience acquired over the years by the inhabitants of Brondo makes them better able to cope the difficulties of everyday life.

Born in Lubumbashi in 1983, visual artist and performer Trésor Malaya is one of the most innovative Lubumbashi artists of his generation. A graduate of the Lubumbashi Academy of Fine Arts, he participated in numerous training and creative workshops that refined his artistic approach. In 2000, he participated in a workshop led by Aimé Mpane, and another workshop by the visual artist Disundi in 2001. From 2001 to 2007, he joined the Palanca Negra Gallery in Angola during his journey in southern Africa.

In addition to his personal work, to which he devotes most of his time, he participates in collective creation projects (with the Malaika group in particular) and accompanies large-scale projects such as the valorization of the mural painting by Lamba women’s from Makwacha village, a project of Picha art centre, led by photographer Sammy Baloji and visual artist Pathy Tshindele; the exhibition installation of the Biennale de Lubumbashi devoted to photography and video art; the scenography of Franco-Congolese theatrical creation “Noires”, by Roland fichet, directed by David Farjon; the scenography of “The tragedy IO” with the writer Kossi Efoui, and the play “Catharsis” by Gustave Akakpo, directed by Fabien Kabeya in the presence of Gustave Akakpo.