The Arrival / Departure project initially revolves around issues of Congolese artists’ displacement linked to administrative difficulties. Younes Baba-Ali made Belgian passport covers that he brought back to Lubumbashi to give to Congolese artists traveling especially in Europe. In a video, these artists then recounted their journeys and travel experiences by being provided with their Congolese passports covered with this cover, which also embodies an object of power. The kits will also be put into circulation in the informal Lubumbashi market, where they will be sold in a small stand with a Belgian coat of arms. They will be sold at a symbolic price which questions their artistic value but also monetary in a context of difficult access to Belgian visas. Arrival / Departure also includes a “cabinet of popular confidences” whose purpose is, in a way, to help to carry the voice of the Lushois. To do this, Younes Baba-Ali and his team collected Sayings and Lush proverbs mainly related to societal issues and the presence of expatriates in Lubumbashi. Translated into Hindi, Arabic and Chinese, the messages were then written on small panels addressed to expatriates arriving at Lubumbashi airport. The action was a way of confronting the behavior of the latter with a form of popular wisdom. The messages themselves are also exposed with the cabinet of confidences. The Survival Box is a ready-made katangai ore set next to an artisanal slingshot, whose presence desecrates them and invites people to reclaim these precious materials. These can also be used as pebbles, turning the catapult into a means of self-defense.

Younes Baba Ali makes art that is unconventional, intelligent and critical, mostly in public space or places uncommon to art practice. He is a sharp observer and raises pertinent questions aimed at society, the institution and above all, his audience. As a free thinker he holds a mirror up to society and confronts it with its ingrained habits and dysfunctions. Baba Ali’s work often assumes the form of the readymade, but underneath its facade of simplicity there is a complex exercise in balance at work. As an artist-alchemist he measures and mixes technology, objects, sound, video and photography with political, social and ecological issues. The resulting installations discreetly coerce the unsuspecting viewer into taking a stand. Baba Ali shuns no controversy and often finds himself negotiating his art and its rationale with his environment. His works are context-specific and take their final form in dialogue with its spectators. This at times disruptive intervention art confronts the viewer in an ironical way with himself and his environment. Baba Ali presents people dilemmas and taboos and challenges them to (re)act. In this way he makes them his accomplices in acts of artistic guerrilla that unite the establishment and the common man.

Born in 1986 in Oujda (MA), Younes Baba Ali lives and works in Casablanca (MA) and Brussels (BE). Graduating from l’Ecole Supérieure des Arts Décoratifs de Strasbourg in 2008, and from l’Ecole Supérieure d’Art d’Aix-en-Provence in 2011, he was rewarded by the prize “Léopold Sédar Senghor”, during the African Contemporary Art Biennial of Dakar in 2012 and the prize “Boghossian”, during the Belgian Art Prize “Art’Contest” in Brussels in 2014. He has participated in several international exhibitions and biennials, including recent and upcoming projects such as Kunstenfestivaldesarts, Brussels, the Biennale de Lubumbashi, Brussels Background, Brussels in Song Eun : Imagining Cities Beyond Technology 2.0, Seoul, For a Brave New Brussels, Lisbon, Digital Imaginaries – Africas in Production, ZKM, Karlsruhe, One Place After Another, Moscow, The Marrakech Biennale, Documenta 14, Biennale of Contemporary African Art, Dakar. Commissions include KANAL Centre Pompidou, Brussels, and Gemischte Gefühle, Tempelhof, Berlin. His work is part of different collections, both private and public, such as Kanal – Centre Pompidou, Brussels.

Younes Baba-Ali’s participation in the biennale is supported by Flanders State of the Art. 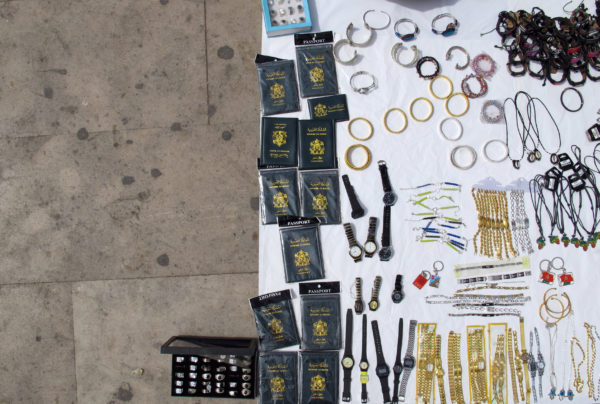 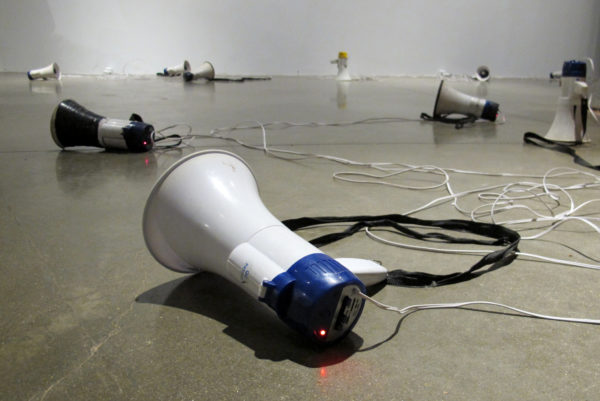